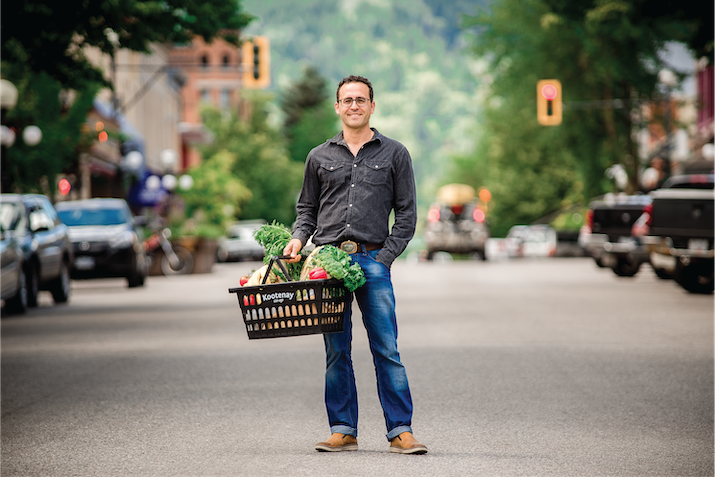 Regenerating our Communities on the Shelves of the Grocery Store

In the age of monolithic grocery giants, food co-ops offer a promising alternative.

I live in one of the hundreds of communities across the U.S.A and Canada that is home to a community-owned grocery store – owned by the people who shop at the store. It’s quite incredible really. I co-own my grocery store! Once a year, I gather with my fellow co-owners and we elect from among ourselves a group of people to lead the store on our behalf. When I have a question or concern about an existing product or a request for an item not yet on the store’s shelves, my grocery store listens with earnest and eager attention. I know the names of most of the people who work in the store and I recognize half of the shoppers each time I pass through the automatic sliding doors. The same energy and social engagement that attracts me to the busy farmers’ markets here is the same incentive that draws me into my grocery store. My grocery store is my community.

As you read this, there are over 100 of these retail food co-ops in their formative stages – organized groups of eaters who are inspired to democratize a segment of the food system that has become highly concentrated into the hands of the ‘grocery giants’. Eaters, food producers and food businesses are effectively ‘Over Growing the System’ by over growing their grocery stores! This is hands-down a genuine ‘movement’ and one deserving of substantially more attention than it presently receives – particularly among those of us who ‘dream of the more beautiful world our hearts know is possible’ (to quote Charles Eisenstein).

Why are food co-ops deserving of more attention?

Access to eaters for food producers who prioritize sustainability

In rural and urban communities alike, from land to sea, there is a groundswell of people who want to grow and harvest good, clean food. They produce and gather this food using approaches that are in tune with the cycles of the earth and they are applying regenerative approaches to food production. Alongside these primary producers, wildcrafters and fishermen, are the new generations of food processors and manufacturers – the butchers, the bakers, and the kombucha makers who are supporting our local producers and coming up with creative ways to market those foods. They too are confronting the dominance of ‘big food’ – the big meat-packers, the industrial bakeries and the highly inefficient long-distance transportation of ready-to-drink beverages. So how might we come together to create a perpetual market for these foods? How do we come together to make these foods more easily accessible to more people? How do we alleviate the often insurmountable challenges that these food warriors confront when trying to get their food onto the shelves of the chain grocers?

Farmers markets, CSAs and other innovative distribution models are excellent options but they’re not for everyone and many of them are saturated. Today, upwards of 94% of the food purchased in communities continues to be purchased through food retailers. In the United States, 60% of those purchases end up in the hands of 4 companies. In Canada, 80% ends up in the hands of 5 companies. So to truly expand the market for good, clean food, the bottleneck of power that is held by the grocery giants needs to be broken. Retail food co-ops and their member-owners understand this and they in turn devote significantly more shelf space to these foods while developing personal relationships with the people supplying them.

Plugging the leak in our local economies

The economies of smaller cities, towns, rural areas, and even neighborhoods within large urban centers, have notoriously had their economies hollowed out and their main streets exchanged for chain retailers and shopping malls. The most important businesses, services and financial institutions have been placed under remote control. As for the sacred food dollar, the grocery giants have effectively become an underground tunnel for the economic and social wealth of our communities. At the grocery checkout, the dominance of the big chains has made it difficult to prevent those food dollars from leaking out of our neighborhoods and economies. Community-owned grocery stores on the other hand keep more of those food dollars from escaping. My local food co-op as just one example recorded $21.9M in sales last year and purchased $3.8M in products and services from local businesses with $2.6M of that going to foodmakers and artisans. Any profits generated by food co-ops are reinvested back into the co-op or distributed equitably among the co-op’s member-owners.

By no means are food co-ops the only type of retailer providing access to good, clean food. There are many privately-owned retailers run by people with big hearts and conscientious minds who care deeply about their communities and the planet. There is, however, an inherent risk to any community that relies too heavily on privately-owned purveyors of good food. The future of those stores as long-term contributors to good health, strong local economies and vibrant food cultures, ultimately rests in the hands of a single person, family or company. Any decision to sell the business is their decision to make, it’s not a decision made by the people who rely on the store. Amazon’s recent acquisition of Whole Foods is a reminder of this risk. Whole Foods might not be your mom-and-pop natural food store, but Whole Foods has notoriously amassed its power in the food system by acquiring smaller independent food stores and chains. Take note, that those locally-owned grocery stores that were acquired by Whole Foods, are now owned by one of the 10 largest retailers in the world, joining the likes of Walmart, Costco, Kroger, Lidl and Aldi. The more successful that ‘natural’ grocery store in your neighborhood is, the more likely it’s on the radar of the grocery giants.

This is what sets the cooperative model apart from the rest. Food co-ops offer greater assurance that the grocery store we love and support will retain those characteristics that make us proud to call it our own.

The food co-op movement is decisively de-privatizing the food system one co-op at a time by turning our local grocery stores into public institutions.

Who owns the grocery store you shop at?

JON STEINMAN is the author of Grocery Story: The Promise of Food Co-ops in the Age of Grocery Giants (New Society Publishers, May 2019) and is the past-President of the Kootenay Co-op in Nelson, British Columbia. Jon will be on tour with his book throughout 2019. www.grocerystory.coop