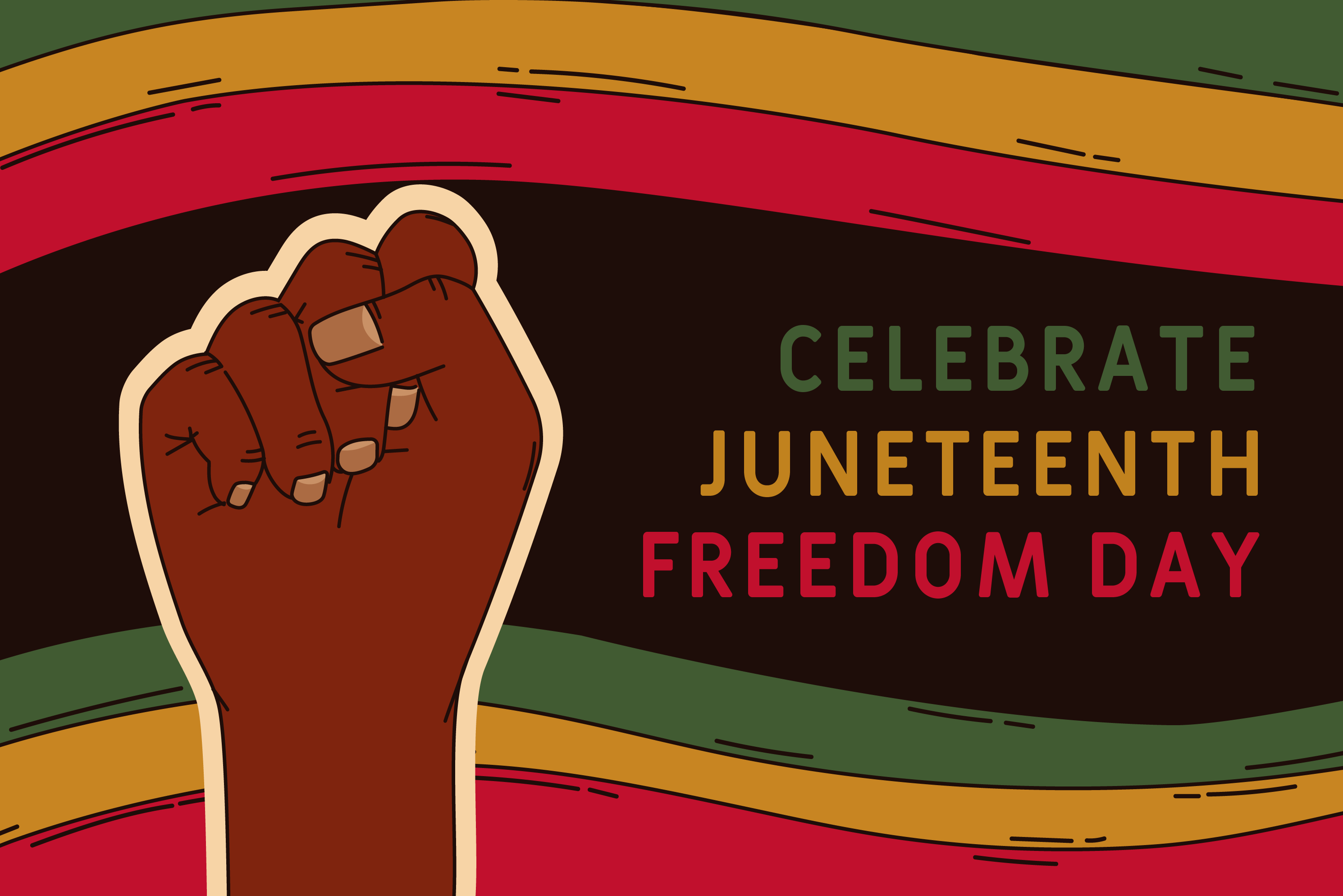 Juneteenth is the oldest nationally celebrated commemoration of the ending of slavery in the United States. Dating back to 1865, it was on June 19th that the Union soldiers, led by Major General Gordon Granger, landed at Galveston, Texas with news that the war had ended and that the enslaved were now free. Note that this was two and a half years after President Lincoln’s Emancipation Proclamation – which had become official January 1, 1863. The Emancipation Proclamation had little impact on the Texans due to the minimal number of Union troops to enforce the new Executive Order. However, with the surrender of General Lee in April of 1865, and the arrival of General Granger’s regiment, the forces were finally strong enough to influence and overcome the resistance.

Later attempts to explain this two and a half year delay in the receipt of this important news have yielded several versions that have been handed down through the years. Often told is the story of a messenger who was murdered on his way to Texas with the news of freedom. Another is that the news was deliberately withheld by the enslavers to maintain the labor force on the plantations. And still another is that federal troops actually waited for the slave owners to reap the benefits of one last cotton harvest before going to Texas to enforce the Emancipation Proclamation. All of which, or none of these versions could be true. Certainly, for some, President Lincoln’s authority over the rebellious states was in question. Whatever the reasons, conditions in Texas remained status quo well beyond what was statutory.

For many, Juneteenth is also seen as a representation of the ways in which the liberation of Black people in America has been delayed by ongoing systemic oppression. The holiday may prompt communities to consider promises of freedom not yet fully realized for Black people in the United States. As a consumer-owned cooperative with equity and inclusion as core values we recognize that there is more work to be done within our co-op, communities and country. In the midst of the fight for true liberation of Black bodies, Open Harvest Grocery Co-op stands with community in calling for justice and calling for peace.

A range of activities were provided to entertain the masses, many of which continue in tradition today. Rodeos, fishing, barbecuing and baseball are just a few of the typical Juneteenth activities you may witness today. Juneteenth almost always focused on education and self improvement. Thus, often guest speakers are brought in and the elders are called upon to recount the events of the past. Prayer services were also a major part of these celebrations.

Certain foods became popular and subsequently synonymous with Juneteenth celebrations such as strawberry soda-pop. More traditional and just as popular was the barbecuing, through which Juneteenth participants could share in the spirit and aromas that their ancestors – the newly emancipated African Americans, would have experienced during their ceremonies. Hence, the barbecue pit is often established as the center of attention at Juneteenth celebrations.

Food was abundant because everyone prepared a special dish. Meats such as lamb, pork and beef which were not available everyday were brought on this special occasion. A true Juneteenth celebrations left visitors well satisfied and with enough conversation to last until the next.

Dress was also an important element in early Juneteenth customs and is often still taken seriously, particularly by the direct descendants who can make the connection to this tradition’s roots. During slavery there were laws on the books in many areas that prohibited or limited the dressing of the enslaved. During the initial days of the emancipation celebrations, there are accounts of former slaves tossing their ragged garments into the creeks and rivers and adorning themselves with clothing taken from the plantations belonging to their former ‘masters’.

Today, Juneteenth is enjoying a phenomenal growth rate within communities and organizations throughout the country. Institutions such as the Smithsonian, the Henry Ford Museum and others have begun sponsoring Juneteenth-centered activities. In recent years, a number of local and national Juneteenth organizations have arisen to take their place alongside older organizations – all with the mission to promote and cultivate knowledge and appreciation of African American history and culture.

Juneteenth today, celebrates African American freedom and achievement, while encouraging continuous self-development and respect for all cultures. As it takes on a more national, symbolic and even global perspective, the events of 1865 in Texas are not forgotten, for all of the roots tie back to this fertile soil from which a national day of pride is growing.

The future of Juneteenth looks bright as the number of cities and states creating Juneteenth committees continues to increase. Respect and appreciation for all of our differences grow out of exposure and working together. Getting involved and supporting Juneteenth celebrations creates new bonds of friendship and understanding among us. This indeed brightens our future – and that is the Spirit of Juneteenth.

However, you decide to celebrate – whether that’s firing up the grill at home with those in your household or enjoying a shared menu plan with distant friends – Open Harvest Co-op Grocery has a number of items to supplement celebratory meals.