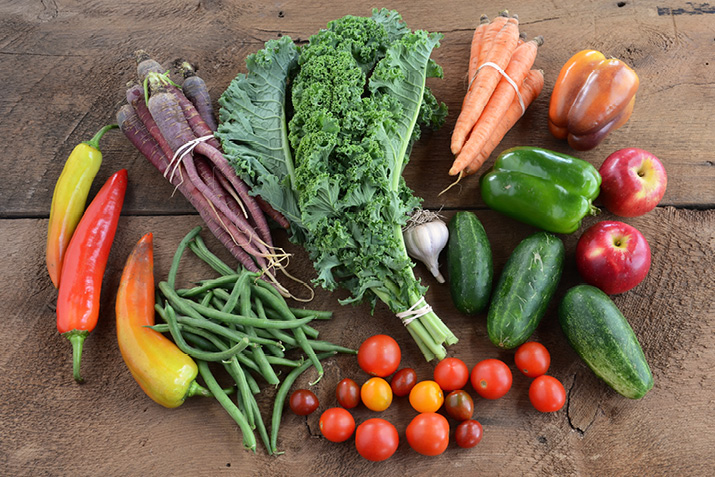 Is Michael Pollan America’s sweetheart? People love to talk about his pithy pronouncements on how we should eat. At least where I live, he’s the subject of many a conversation at parties, in bars, in restaurants, in book groups. People mention him with reverence. He’s like a 21st-century E.F. Hutton. When Michael Pollan speaks…people listen. When he gives lectures, it’s standing room only. Food and diet book writers quote him constantly, and some even admit that he’s their celebrity crush.

I’ve seen him speak, and while he’s articulate and intelligent, he’s no George Clooney. I wasn’t weak in the knees or anything. I suspect his wide appeal is probably an indication of how confused everybody is about food, and how much we love it when people make it very clear to us what we should and shouldn’t eat.

Then again, if this is true, why is it that, once we know how to eat, we don’t do it? One of Michael Pollan’s most famous quotes is a simple one, but it tells you everything you ever need to know about eating. Practicing it would render weight-loss diets irrelevant, positively impact the environment, champion local food producers, and bring the processed food industry to its knees. You’ve probably heard it before. You may have even quoted it to your friends. It’s just this:

“Eat food. Not too much. Mostly plants.”

So simple, so clean, so memorable…and so hard to do! But why? What’s so difficult about embracing these three uncomplicated concepts, when they could have such a positive effect on personal and global health? Let’s break it down. Maybe we can find some answers.

When Michael Pollan says, “Eat food,” what he means is, “Eat real food,” as in food that is unprocessed and doesn’t come from a factory. It sounds so simple, and yet, when you look at the snack you’re about to eat, it can be difficult to decide whether or not Michael Pollan (should he suddenly burst into your kitchen) would sign off on it as food.

Is Greek yogurt mixed with bran cereal and raisins food? Although the components of this snack come in packages and could be considered processed, of course, it’s food. Arguably, an organic apple and a handful of raw walnuts might be more “real.” But in our current, complicated world, “food” exists on a spectrum, from just-out-of-the-garden to “is-that-actually-edible?” If you’re too strict with yourself about, say, packaging or processing, you probably won’t stick to your resolve when hunger hits and your fresh produce has rotted in your crisper and all you can find to eat is something that comes in a package.

So what to do? Eat the foods you want to eat that are, in general, closest to the way you might encounter them at their source. Instead of always making the best choice, just make the better choice. Greek yogurt looks a lot more like milk than bright orange chips look like an ear of corn. I think Michael Pollan would agree.

Wouldn’t it be funny if everybody decided to practice these three words and just stop eating too much?  The diet industry would collapse! (Wait, that wouldn’t be funny. I write diet books for a living, so I’d be out of a job!) Unfortunately eating “not too much” is a lot harder than it sounds.

We’re biochemically primed to eat, and to enjoy it. While this biochemistry undoubtedly led us to a more balanced diet when we were hunters and gatherers, it doesn’t necessarily lead us to great eating in today’s world. When we eat too many simple carbohydrates, we get a blood sugar spike, and then an insulin spike and a blood sugar crash, and the result is that we’re hungry again, even though we just ate. Many processed foods kick-start this reaction, making moderation and portion control goals seem insurmountable. So what’s an aspiring Pollan fan to do?

Two things. First, eat some protein with every meal and snack, especially if you’re also eating starchy or sugary foods like bread, pasta, or fruit. This won’t necessarily stop you from overeating ever again, but it will help slow the blood sugar roller coaster, dulling that frantic “gotta eat more” feeling. With breakfast, add an egg, some tofu, yogurt, or some protein powder (in a smoothie or your oatmeal). Add nuts, cheese, or a little bit of meat to your snacks. The same goes for lunch and dinner. Beans, lentils, peas, lean meats, low-fat dairy products…you don’t have to overdo it (but make sure it’s always there).

Second, switch most or all of your grain foods to whole grains. Whole grain breads, pastas, cereals, and snack foods contain more fiber and nutrients, so you’ll be satisfied with less. Protein + wholegrain = eating “not too much,” without feeling deprived. We can do that, right?

Don’t worry. Michael Pollan doesn’t want you to live on lettuce alone. He knows how much you love him, and he wants you to be happy. All he’s saying with his “mostly plants” advice is that we can benefit from eating more plant foods, aka vegetables and fruits and whole grains—you know, food (see item #1).

While some people take this all the way and eat only plants, (and that’s great too), Michael Pollan’s just saying that a plant-based diet is the best diet. Plant foods are the richest, most bountiful sources of vitamins and minerals as well as fiber. They contain hundreds of thousands of phytochemicals, and many of these contain disease-fighting properties that a laboratory can’t duplicate. Just about anybody can add more plants to their plate. Add a fruit to breakfast, a leafy green and one other vegetable to lunch, and a leafy green and three other vegetables to dinner. Plus, whatever else you want to eat, because it’s your dinner, and you should enjoy it.

So why not jump in? Just do a little better than you did yesterday. It’s not so hard when you recognize that you don’t have to be perfect. Michael Pollan doesn’t expect you to be perfect, and he’s not judging you. He can’t even see you. I promise. Just try to eat as much real food as you can, and try not to eat too much of it, and try to eat mostly plants. It’s easier than you think and the more you do it, the easier it gets.